In V3 the virtual consoles for EX/MV have resizing capabilities but it seems the legacy ones (L5 for my customer’s need) do not.

When you mouse hover on the lower RH corner the cursor changes to the double arrow but you can’t grab the corner (EX/MV have the little triangle and you can drag it).

We finally got this customer to move to V3 from V2 and they had been running a T4 on their second monitor full screen (T4 had the most playbacks but that’s gone now too…would be nice even though it physically cannot run V3) but now the L5 is, well, tiny.

Any chance for allowing this or am I missing a trick ?

Andrew,
Unfortunately it’s not possible to resize those older virtual consoles and it isn’t something that is being considered at this stage.

I would suggest running either a EX or multiple MV/M1 virtual consoles instead. These also allow multitouch actions to run multiple faders at a time which the legacy versions do not.

I won’t lie to you… it will be highly unlikely that we will make the legacy consoles re-sizeable. The graphical framework they use is completely different to that of the current range. The amount of development time to build new virtual consoles would be significant and this is something that we are not prepared to do for discontinued hardware. We would prefer to put that time into develop something more useful.

Why not add (and scale) 3 or 4 MVs and save a workspace snapshot? This would be a much better solution than messing about with a T4 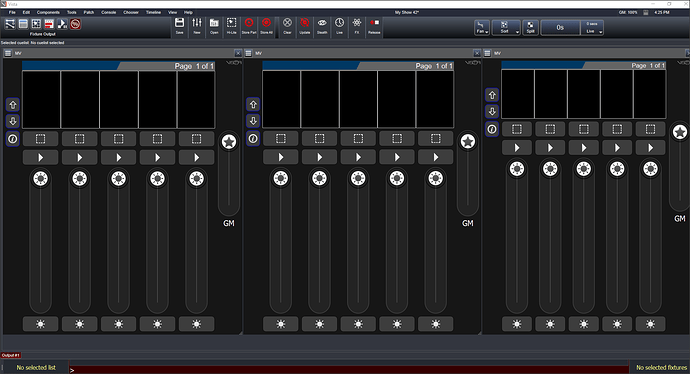 The only thing (just thought that I should have typed this) is that he has a whole lot of things on the non-fader playbacks so having the faders on everything takes up space he doesn’t need just to fire queues (largely “on/off” for a particular fixture like “light the cross”) which is why the high-density T4 was perfect.

I would suggest splitting the playbacks to get more buttons OR setting up a Quick Picker that has the Select to Play property enabled. This lets him fire a list without using any playbacks. 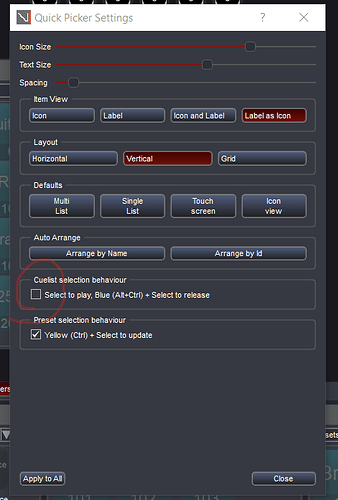